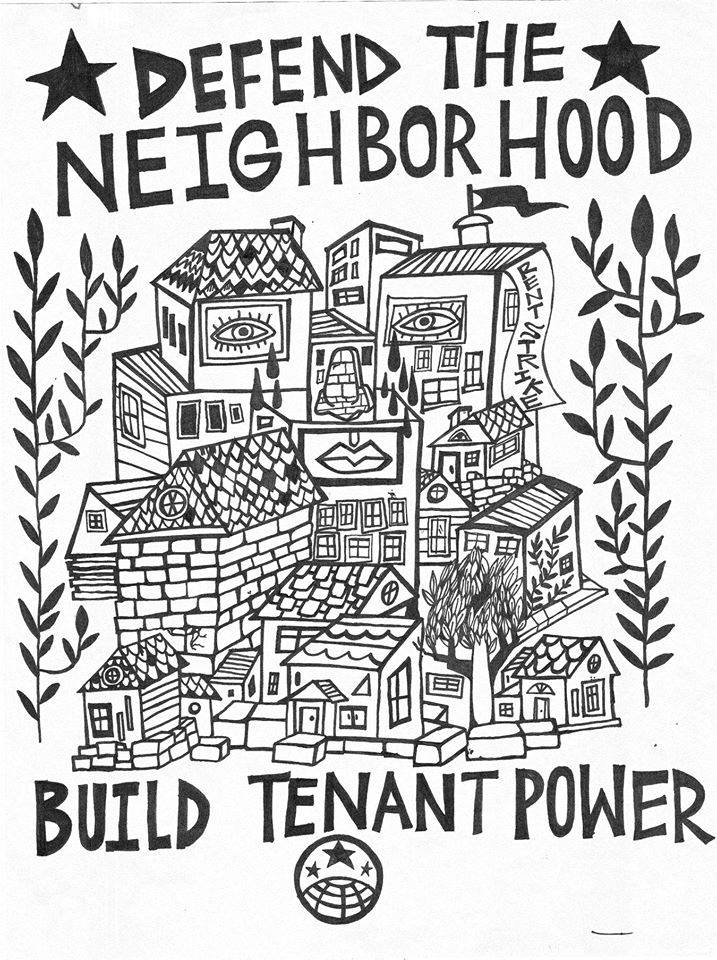 My wife and I rent the top floor of a house in Ferndale.  Jenny and Stephanie rent the ground floor and there’s a basement with a laundry room that we all share.  When we moved in, we made sure to introduce ourselves to our new housemates and we exchanged contact info with them.  We would text message here and there and say hi in the hallways, but it was mostly small talk or a slight nudge to switch the laundry so the next person could use the washer and dryer.  The past few weeks, we’ve been talking more.

I first got notice in mid March that my workplace would be closing indefinitely.  I work as a server in a restaurant and since people can also get food from a grocery store, my job was not deemed essential.  Thankfully, I work at one of the few unionized restaurants in the area and we were able to get a couple paychecks from the company post-closure.  After that, we have to see what happens with unemployment.

As I was getting ready for one of my last days on the job, I went down to the basement to grab my work uniform from the laundry room.  My wife had run into Jenny at the front door and they were talking about the situation we were all about to be in.  Since we all were about to lose most- if not all- of our regular income, we decided to have a bonfire later in the week and discuss addressing our situation with the landlord.

We decided that the next logical step would be to ask the landlord for a reduction in rent.  He seemed like a nice guy and it was worth a shot.  We looked up our house on a website called Zillow and then looked up the property taxes on a city website.  It turns out that the rent the four of us pay in one year equals the total price he bought the house for plus the taxes he pays and then some extra cash.  We haven’t seen him make any house repairs and the tenants cut the grass, rake the leaves and shovel the snow ourselves.  And yet, the value of the property has multiplied by almost 800% since the time he bought the house and he’s made almost $150,000 in profit off of just this one property.  We also know that he owns at least 14 other houses.   We figured if we just asked for a 3 month reduction in rent that he could find it in the kindness of his heart to work with us.

We created an email address for our group and sent our landlord an email explaining that the COVID-19 epidemic was putting us all out of work and that a reduction in rent would help us all stay housed until it was safe to go back to our jobs.  We didn’t get a response right away, but I knew they probably wouldn’t be happy.  I had been added to several landlord groups on Facebook over the months and once they found out that people’s pocket books were going to be tight, all the landlords in the groups started swapping tips and tactics around how to keep the rent coming in.  They are literally plotting against us, even in our most desperate times.  So when we all got separate emails from the landlord, I knew he was scared.  Divide and conquer is the oldest trick in the book.  We said we’d like to all speak with him together but he insisted that there were legal reasons as to why that couldn’t happen (not true), so we scheduled conference calls separately, but all the housemates were in the same room for each call.  The housemates had always received a monthly group email about the bills and that was fine because the landlord was asking for something from us, but now that we wanted something from him, he wanted us apart.

The landlord and his son tried to act friendly when we first got on the call. They asked us about our situation and then tried to act like theirs was similar.  But we explained specific hardships we were facing and they just said “we still gotta pay our bills and buy food too”.  Instead of offering us a reduction in rent, they attempted a sleight of hand trick of signing us up for a line of credit.  They tried making it sound like we were getting a deal by saying that we could pay the amount we offered in our email, but they tiptoed around the fact that we would owe the rest to the credit card company.  It was really sneaky, but we didn’t buy it.  I said, “send me information” and then we ended the call.

The next day, they sent “notes” from the call.  The notes read that their offer was well received and that I requested an invoice.  I didn’t request an invoice, I asked them to send me more information.  They kept showing their true colors more and more.  Our house mates were seeing it also.  We all rejected their offer and kept talking.  We’ve been able to do more research on our landlord and we’ve found more houses that he owns.  We plan on touching base with other tenants who rent from him to find out what they’d like to see as a course of action.   If they were scared about four people, imagine what they’ll think when there’s more of us…